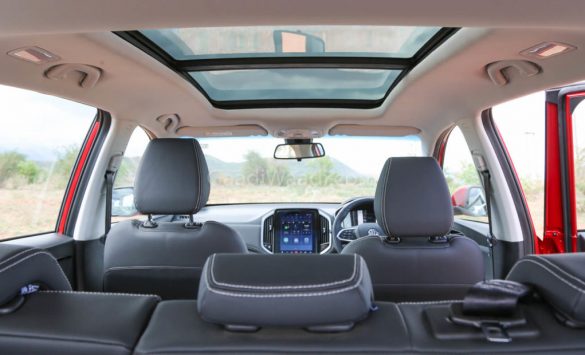 Aftermarket panoramic sunroofs are expensive, and many drivers are reluctant to purchase them. However, this option adds extra complexity to a vehicle, incorporating two or more glass panels, electric motors, switches, rollers, and guard rails. While these features increase the vehicle’s overall functionality, the sunroof itself has several issues. Here are a few things you should know.

The biggest complaint with panoramic sunroofs has to do with noise. While the glass is heavy, it can rattle against other parts of the vehicle when in motion. Some drivers have reported that these noises can be reduced with lubricants purchased at a local store, but others have taken their vehicles to the dealership for a more permanent fix. Additionally, installing a sunroof in an older vehicle can result in poor stability.

A panorama sunroof has several benefits. The driver will be able to view the sky above while driving, and the extra light will make the car feel more spacious. The panoramic roof can also help reduce feelings of claustrophobia when driving for long distances. One downside of a panoramic sunroof is that it reduces headroom slightly. It can also cause condensation, which causes moisture to drip into the cabin.

The problem with exploding panoramic sunroofs has become more common with the growing popularity of large, glass-covered sunroofs. Some automakers even offer panoramic sunroofs as standard equipment on higher trim levels. But the problem lies in the fact that regulations haven’t kept up with the increasing size of sunroofs. Unlike other automobiles, most panoramic sunroofs are made of tempered glass, which isn’t designed for such a large-scale structure. Furthermore, because many are curved to match the shape of the roof, these curved sunroofs are more likely to break when hit with flying debris.

See also  How to Repair the ESP BAS Light

While the exact cause of exploding panoramic sunroof accidents is still unknown, the problem is linked to manufacturing practices. The glass is held in place by two beads of high-strength urethane. The glass must be able to flex in order for it not to break, and this is what causes the issue. Jesse Garcia, a technician at Texas Auto Tops in Austin, says that a piece of debris may get caught in the glass, causing it to break.

In a recent investigation by Consumer Reports, the U.S. National Highway Traffic Safety Administration (NHTSA) found 859 reports of exploding sunroofs in the last 22 years. Compared to this number, the actual number of exploding sunroofs has increased. The NHTSA’s latest safety standards do not address these issues.

Downsides of having a panoramic sunroof

Having a panoramic sunroof is an extra expense, and many car owners list several potential downfalls before making the decision to buy one. Here are three reasons you may want to avoid a panoramic sunroof, and how to avoid them. In addition to cost, you should keep in mind that these extras aren’t for everyone. Some owners say they’d never purchase one again, and others give a laundry list of reasons why they wouldn’t.

One of the most notable downfalls of a panoramic sunroof is the heat it generates in the car cabin. This problem depends on where you live and the season. Summer temperatures in some areas can be high enough to increase the likelihood of condensation and mold. However, the downsides are worth weighing the benefits against the downsides. You’ll also be limited in headroom if you have a panoramic sunroof.